Bair Hugger Therapy devices were used in hospitals for decades to keep people warm during orthopedic surgery. Recent studies indicate the use of Bair Huggers during the procedures could lead to deed joint infections. The inventor of Bair Hugger products claimed the product was faulty, and some people who developed infections filed lawsuits against the device’s manufacturer. If you have been affected by either of the Bair Hugger side effects may be entitled to financial compensation.

Did you develop an infection after using a Bair Hugger Blanket?

What is Bair Hugger? 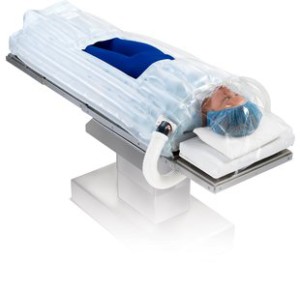 Bair Hugger is used to help regulate body temperature during surgery to prevent hypothermia from occurring. This is done by forced-air warming (FAW) that works by supplying warm into the Bair Hugger Blanket. Hospitals used Bair Hugger Therapy on more than 180 million patients since it was introduced in 1988, and more than 80 percent of hospitals in the U.S. use the therapy today. Recently, several studies have linked Bair Hugger to joint infection in hip and knee replacement patients due to bacteria contaminated air inside the surgical rooms.

Dr. Scott D. Augustine has campaigned against his invention after his resignation from his positions as chairman and chief executive of Arizant in 2002. He claims Bair Hugger therapy can cause infectious bacteria to spread during orthopedic surgery.

“I am very proud of the old technology,” he said in a New York Times article. “But I am also proud to spread the word that there is a problem.”

In a letter obtained by the New York Times, Augustine told Arizant: “The question for you to answer is the following; is Bair Hugger going to be replaced quickly and catastrophically by a mandatory recall, or do you survive a voluntary recall and live to fight another day?”

About the Bair Hugger Lawsuit

A lawsuit was filed against 3M after patients who have developed severe Bair Hugger infection came forward. The lawsuits allege that 3M knew the potential risk of infection and failed to inform the public. Even a study conducted by The Bone & Joint Journal revealed that an increased risk of infection could occur in patients using FAW during hip and knee replacement surgery. Additional surgery is often required for those who sustained a Bair Hugger infection, as well as medical care and rehabilitation. Some developed infections as bad as MRSA and staph and had to have a leg amputated. Bair Hugger attorneys are now accepting claims from individuals who have used this harmful device during hip and knee replacement surgery and developed severe infections afterwards. If you believe you have a Bair Hugger claim, call Tad today!